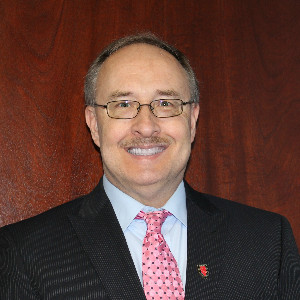 Dr. O'Shields is a proud product of Laurens County School District 56. He graduated from Clinton High School in 1976.

He went to the University of South Carolina and graduated with degrees in History and Religious Studies. He continued at USC and earned an MAT in History in 1982.

He taught for two years at WA Perry Middle School in Columbia (Richland County School District 1) before returning home in 1984. He taught social studies and developed and taught the interdisciplinary gifted program for five years at Bell Street Middle School.

In 1988, Mr. O'Shields completed his Masters in Gifted Education from Converse College.

In 1989, Mr. O'Shields had the privilege and opportunity to return to Clinton High as assistant principal. Under the tutelage of Dr. Keith Bridges, Mr. O'Shields served as Assistant Principal for Curriculum and Student Activities.

During his eight years at CHS, Mr. O'Shields had the opportunity to complete his PhD at Clemson University in Educational Leadership.

In 1997, Dr. O'Shields returned to his former elementary school, Clinton Elementary, and served as principal for two years.

In 1999, Dr. O'Shields returned to his former middle school, Bell Street Middle School, to serve as principal for seven years.

Dr. O'Shields is humbled and honored to serve in the district that offered him the opportunities to pursue his educational aspirations and achieve his dreams. Dr. O'Shields wants all parents and students to know our small district casts a large presence in the state.

Thanks to the dedicated professionals in Laurens County School District 56, our students excel in academics, athletics, the fine arts, and extracurricular activities.

Sorry, but there was nothing found. Please try different filters.